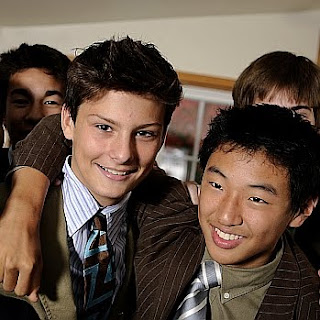 Indian Mountain School is an independent co educational boarding school for children grades pre k -9th grades, located in Lakeview, Conneticut. The upper school is for grades 5-9 and the lower school is for the lower grades. My tour of included included several other schools throughout Conneticut including Marvelwood, South Kent, just to name a few.

Conneticut has a wealth of good schools, and Indian Mountain, is one of those hidden secrets about lower boarding schools at the lower grade school level. The school has a great curriculum designed for moving toward a upper schools but sophisticated enough to appear simliar to a upper school. Not only does it have a curriculum designed for grades 5-9 but the primary school includes pre kindergarten grades which is common more in a day school. The children are adorable at this age and despite some parents reservation to have a younger child in a boarding schools setting it worked perfect. Many of the other consultants also remarked on this observation. We had well over 8 consultants from every country from Brazil to China on the tour to Russia.

We meet with the staff at the school and spoke to the headmaster, before we actually started the tour, and while the campus was a bit damp this morning we were greated graciously. It was a typical New England day, but all of the consultants, we prepared and dressed for the weather, with a warm jacket, some wearing gloves, and others a longer coat. The children were equally prepared for the weather!

The school combines the critical elements of middle school at the lower schol level. They have a strong focus on developing social skills and learning at the same time. A student entering upper school must prepared but they seem to do quite well.

Its a perfect match for a parent looking for a day school and boarding at an early age. The curriculum at the school includes: fine art, performing arts, and a strong study program, and sports and much parent involvement in the early grades in the lower school.

The school was founded by Francis Riggs in 1916 who purchased the land on the upper campus. Riggs educated at Groton College and Harvard College was deeply affected by the World War II, and believe prevention of another conflict of this magnitude, layed in the eratication of proverty. By 1922, Riggs had secured funding for the school and developed a boys boarding school for his purpose.

The motto of the school "Life through Service" became the predominate motto of the school since its inception which was initally for boys. Taught at the school were the benefits of school kitchen and outdoor life. Riggs retired from the school in 1939 and appointed William Doolittle has head of school. Doolittle, began the school with only 18 boys. The enrollment increased to 130 boys later, and was changed into a coe educational boarding school. By 1946 the school offered grade 9 and the focus of being a all boys school shifted.

We meet the faculty early morning and dicussed the changes of the school, which now includes the pre school and an active parent group for the children, We found the maticulation rate, including admission to other upper schools, which included: Ethel Walker. Old Farms School. The Gunnery, Kent School, Marvelwood, Salisbury, Suffield Academy, Miss Porters, among other schools.

This school would be a good fit for parents who have younger children but it would also introduce students in the lower grades to boarding school. Most of the students were very familar with boarding, and well adjusted to entering boarding at an early age. This has to be one of the best schools for this purpose and our recommendations would be supported in this placement.

The school offers a tuition refund plan, and a structured payment plan which is convenient for parents. This is no cheap bargin for parents. but there are many scholarships and the endowment funding is quite large and growing. Many parents hiring an Educational Consultant would be looking at this school for a high end lower school. Cost may be a factor in choice, but for the right family is a good fit. What do you think about the school? Is it a choice for you and would you consider Indian Mountain Schools as a pre school choice?
Posted by educationalplanningandcounselingservices at 8:52 AM